The Hendrickson Classic Wheelchair Tennis Tournament Has an International Flair

It was an international gathering at the 21st Hendrickson Classic Wheelchair Tennis Tournament at Barnes Tennis Center as almost three dozen players came to compete from across the U.S. and as far as Japan to enjoy the event sponsored by the So Cal Tennis Association Foundation.

“We are so happy to support this wheelchair tennis event and bring the one of the largest groups together since before the pandemic,” said Linda Milan, Executive Director of the SCTA Foundation. “The various levels of competition are a good indication that adaptive tennis is growing.” 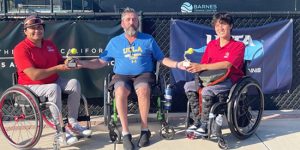 As such, Southern California weather was the perfect backdrop to smile upon four divisions in both wheelchair singles and coed doubles. The tourney highlighted performances by four-time Paralympian Kaitlyn Verfuerth of Arizona, who returned to the courts with excitement as both a coach and participant. She competed in the 2004, 2008, 2016 and 2020 Paralympics in wheelchair tennis. She was also the USTA’s Most Improved Female Player of the Year for 2002. Recently Verfuerth added a new sports expertise to represent Team USA in the outrigger  canoe. 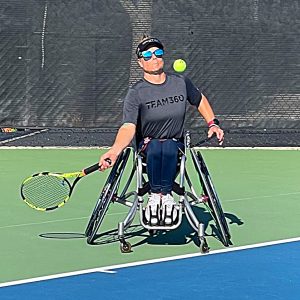 “I’ve dabbled in a lot of different sports and it’s helped me build a foundation for tennis,” Verfuerth said. “I’ve learned how to use my chair and maneuver around the court to be effective.”

Verfuerth, who was paralyzed in a car accident at age 7, played wheelchair tennis on a full scholarship at the University of Arizona. She has transitioned into coaching at Ability360, a nonprofit organization that helps individuals with disabilities to achieve self-sufficiency and independence in Phoenix, AZ. She brought a team of five Ability360 athletes to compete in the Hendrickson Classic Wheelchair Tournament including Open Doubles partner Katie Garcia.

“Tennis has given me so much and now I love coaching to help others learn the game,” Verfuerth said. “I played doubles with Katie to help her learn what it takes to play at the open level.” 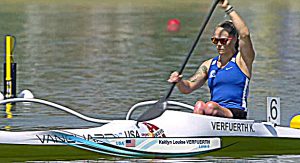 The Open Division Coed Doubles was a round robin format won by Manuel Gomez (San Diego) and Ryotaro Sakaguchi (Japan), and the latter whom would like to attend San Diego State University and compete for the SDSU’s Adaptive Athletics Wheelchair Tennis Team.

“I’ve been playing this tournament for years and it is fun to see our local friends again,” said Gomez, from SDSU’s Adaptive Sports program. “It’s even better when we meet new friends like Ryotaro.”

Other standout participants included Rodney Williams of Los Gatos, CA, who was a member of the U.S. men’s basketball team that won a gold medal in the 1988 Paralympics in Seoul, Korea. He was a pioneer in modifying wheelchairs to make them faster and more maneuverable. He is ranked No. 1 in singles and doubles in the Coed C Division in Northern California, and won that category with partner Ron Harvey of Long Beach. 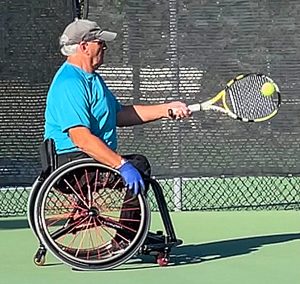 “It was exciting to be here for two reasons,” said Tournament Director Jeffrey Lee. “The first is to have a tennis tournament running again, and the second was to be back at the Barnes Tennis Center. We’re really happy to have the support from the SCTA Foundation and we could not have asked for a better venue. It was a great weekend.”

ABOUT THE SOUTHERN CALIFORNIA TENNIS ASSOCIATION FOUNDATION
Our mission of “Changing Lives and Communities through Tennis,” serves as a pathway to offer financial support to individuals and organizations. We are a 501©3 nonprofit organization and the charitable arm of USTA Southern California. We help people of all ages and abilities to improve their health, fitness and quality of life through the sport of tennis. Founded in 1986, the SCTA Foundation has had a community impact of giving more than $500,000 this year through grants, scholarships, program support, equipment and more to recipients throughout Southern California.To learn more about the SCTA Foundation, please visit sctafoundation.org. To donate CLICK HERE. 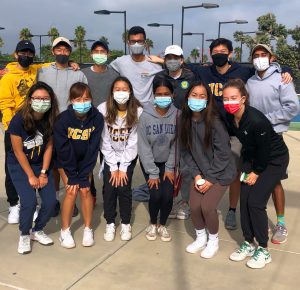 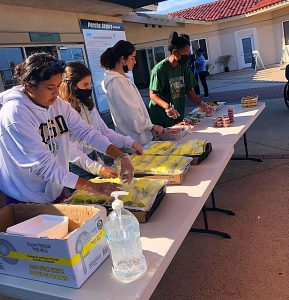 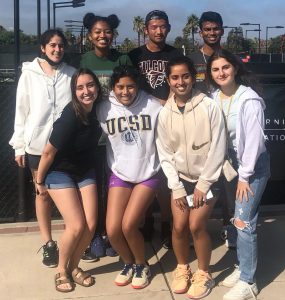 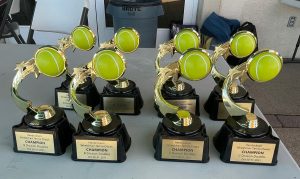 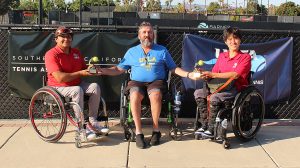 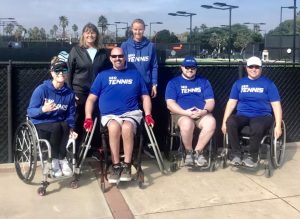 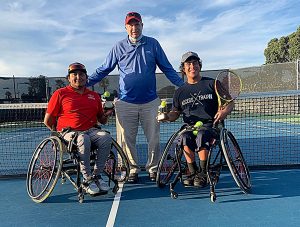 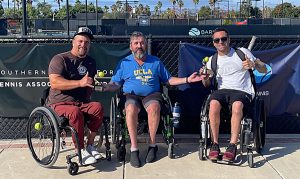 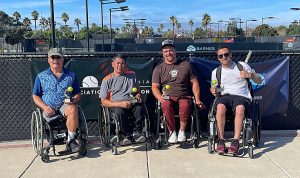 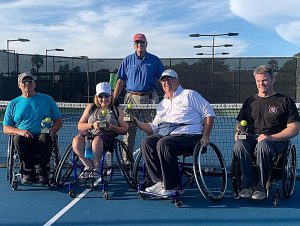 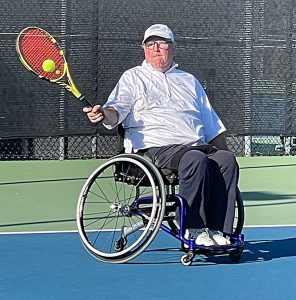 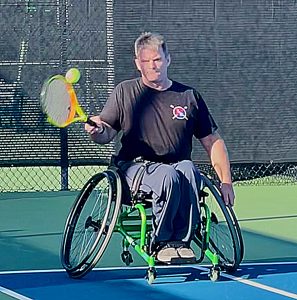 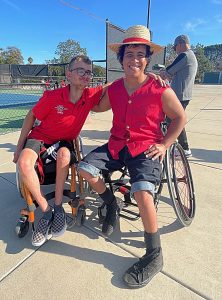 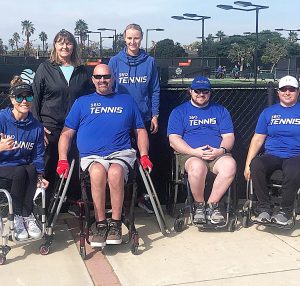