In Remembrance of Larry Willens

Larry Willens was a great tennis coach, educator and influencer who made a difference in Southern California and beyond. He taught at San Diego State University and was a sports psychologist to many tennis stars. He passed away on July 25 at age 82 in San Diego.

Larry understood the importance of the mental game and was ahead of his time helping professionals such as Angelique Kerber the year she won the 2016 US Open.   “He was an amazing person and a special friend with a big heart,” said Kerber, who has won three Grand Slams and 13 career titles. “I learned so much from him.” 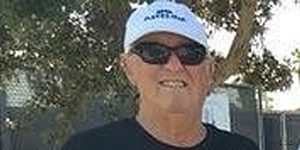 Willens, born in Los Angeles, attended San Jose State University and then served in the US Navy from 1962 to 1964. In 1972, he became an educator and taught tennis, health education and horseback riding at San Diego State University. However, through the years he also coached great players including Butch Waltz, Gretchen Majors, Mary Lou Platek, Todd Nelson, Robin White, Abigail Speers and Milagros Segura. His mission was to help players develop self-confidence and learn to believe in themselves. He also stressed that tennis was part of life and should be seen as a game.

“He was a blessing for my tennis and even more so for my life,” said Robin White, the 1988 US Open Doubles Champion and currently the Director of Tennis at Rancho Valencia.

Willens was known for his passion in giving back to others. From 1975 to 1978 he was an Assistant Coach with Cliff Drysdale in World Team Tennis  (WTT) for San Diego Friars. He partnered with Billie Jean King in tennis charities and organized fundraisers such as the Athletic Council for Education, a round robin fundraiser, and was later inducted into the San Diego Tennis Hall of Fame in 2010.

“Larry was such a knowledgeable, passionate and caring person,” said SDSU Women’s Coach Peter Mattera. “It was a privilege to have been able to soak up so much from him for over 30 years. Rest in peace my friend.”

He will be greatly missed by all. A celebration of life will be planned at San Diego State University. For more information, email richwillensmft@aol.com.