The significance of Women’s Equality Day is has many applications in today’s culture as well as the tennis world. It is deemed August 26 of every year and it supports the growth and awareness for gender equality. In women’s professional tennis, this campaign was realized by the sport’s Original 9, who set the groundwork for equal prize money for today’s pro athletes.

They broke away from the tennis establishment on September 23, 1970 to join promoter Gladys Heldman and they formed the Virginia Slims Tour. Each athlete signed a $1 contract with Heldman to initiate this historic event. Over 50 years later, women professional tennis players enjoy lucrative prize money and multi-million dollar endorsements.

The Southern California Tennis Association Foundation’s mission is to “Change Lives and Communities Through Tennis” and also make “Tennis an Equal Opportunity Sport.”  We offer scholarships and grants to girls and women of all ages and stages of life to make the sport accessible to all in Southern California. For more information, go to www.sctafoundation.org. 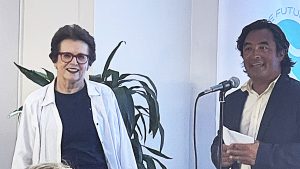 “We are so proud to help support and promote female athletes at every level,” said Linda Milan, the Executive Director of the Southern California Tennis Association Foundation. “We also honor and celebrate the actions of the brave Original 9. Our goal is to continue to promote the goal of equality for women, and really anyone in our So Cal community, who desires to play tennis.”

Women’s Equality Day was introduced by Bella Abzug (1920-1998), who was a lawyer, feminist and a civil rights advocate. She was elected into the House of Representatives and her first campaign slogan became, “This woman’s place is in the House – The House of Representatives.” She introduced the bill that would establish August 26 as a day of recognition for women’s equality.

“I’ve been described as a tough and noisy woman, a prizefighter, a man-hater, you name it. They call me ‘Battling Bella’,” said Abzug in her 1971 Congress Journal, quoted by Braden in Women Politicians and the Media.

“We weren’t getting as much prize money as men, tournaments were being dropped and everything was going downhill,” said Billie Jean King at the USTA Billie Jean King Girls’ 16s and 18s National Championships in San Diego “It looked like women’s tennis was not going to make it. The nine of us were willing to give up our careers for future generations.”

King recently spoke to a crowd of about 75 at Barnes Tennis Center on the tenacity and vision of the Original 9, which jumpstarted the idea of the Women’s Tennis Association founded in 1973 as the organizing body of women’s tennis. 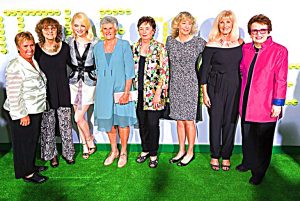 “We prevailed so any time you see a girl or a woman get a paycheck for $1 or more of prize money, it’s because on that day September 23, 1970 we had the guts and the courage to give up our careers if we had to for future generations.” said King, who amassed 39 Grand Slam Titles. “That’s why it’s so relevant today.”

About Southern California Tennis Association Foundation – Founded in 1986, the Southern California Tennis Association Foundation is a 501c3 nonprofit organization and is the charitable arm of USTA Southern California.  The Foundation’s mission is to “Change lives and build communities through tennis.” Since 2020, the SCTA Foundation has had a community impact of giving over $600,000 in tennis grants and tennis scholarships to deserving youth, adults, tennis organizations, tennis facilities and tennis programs to make tennis an equal opportunity sport, accessible to all, regardless of age, ability, ethnicity, or economic background. Visit us on Social Media on Instagram, Facebook and Twitter. To learn more about the SCTA Foundation go to: www.sctafoundation.org.  To donate go to: sctafoundation.org/donate/. https://secure.qgiv.com/for/sctfougivtue