While they started out in Southern California junior tennis, local-born talent Taylor Fritz and Desirae Krawczyk have made an international splash. This week they helped Team United States win the inaugural 2023 United Cup in Australia. The event combined the best ATP Tour and Hologic WTA Tour players in the world. It was a collection of 18 team events played over the span of 11 days across three Australian cities in Brisbane, Perth and Sydney.

Fritz, a resident of Rancho Santa Fe, and Krawczyk, from Rancho Mirage, were part of the eight-person American squad that also included Frances Tiafoe, Denis Kudla, Hunter Reese, Jessica Pegula, Madison Keys and Alycia Parks. Team U.S. defeated Italy, 4-0, in the final.The United Cup  is a new mixed tennis tournament played in a team competition format. The event included four singles matches (two men’s and two women’s) and one mixed doubles match in the round-robin stage.  Up for grabs was a US$15 million or a (AU$22 million) prize pool that provided incentive for some of the world’s best players. Many considered this to be a great warm up to the Australian Open, which begins on Jan 16. 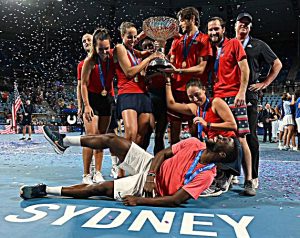 In an article in Tennis Now, Fritz stated that Team USA was looking forward to this mixed-team event. “Having the women playing with us just makes the team a lot stronger from the guys’ side,” he said. “We’ve struggled a bit, I’d say… I think what I said back when they asked us a couple months ago was I’m excited to get carried in this event.”

Fritz also competed at the 2021 San Diego Open and won the 2022 BNP Paribas Open at Indian Wells Tennis Garden.  He will be featured in the upcoming Netflix series Break Point available on January 13. Krawczyk, who played for Arizona State University, is a three-time mixed doubles Grand Slam champion at Wimbledon (2021), Roland Garros (2021) and the U.S. Open (2019). 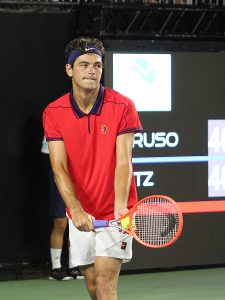 “It’s an incredible thing to see our home-grown talent really reach their potential in professional tennis,” said Linda Milan, the Executive Director of the SCTA Foundation.  “It’s exciting and we hope to see more of them possibly at the next San Diego Open.”

About Southern California Tennis Association Foundation – Founded in 1986, the Southern California Tennis Association Foundation is a 501c3 nonprofit organization and is the charitable arm of USTA Southern California.  The Foundation’s mission is to “Change lives and build communities through tennis.” Since 2020, the SCTA Foundation has had a community impact of giving over $1million in tennis grants and tennis scholarships to deserving youth, adults, tennis organizations, tennis facilities and tennis programs to make tennis an equal opportunity sport, accessible to all, regardless of age, ability, ethnicity, or economic background. Visit us on Social Media on Instagram, Facebook and Twitter. To learn more about the SCTA Foundation go to: www.sctafoundation.org.  To donate go to: sctafoundation.org/donate/.