Music made by the “Pied Piper of the High Desert” will be heard for generations to come in the Morongo Basin and beyond thanks to the legacy of tennis legend Gideon Smith.  Always identified by his protective sun hat, tennis gear and sneakers, he was an unforgettable figure in the desert for over four decades. The iconic coach, author, leader and mentor passed away on April 8 in Yucca Valley. Smith, 85, died peacefully in his sleep.

Gideon grew up on a farm in Smith Bend, TX, a small town established by generations of his ancestors, and hence, it bears his family surname. He attended Texas A & M University and received a Congressional appointment to the U.S. Naval Academy. He was a graduate of the Class of 1960, and was commissioned as a 2nd Lieutenant in the U.S. Marine Corps. Smith had a stellar 22-year military career and it was during this time when he began his love of tennis. He learned to play as a form of recreation and realized it was the sport of a lifetime. 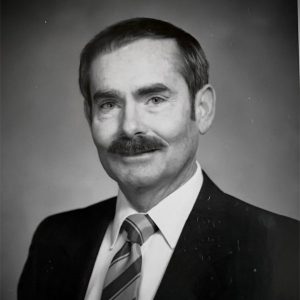 His connection to the Southern California tennis community started in 1996 when he moved to the Yucca Valley. He noticed tennis was not readily available so he created the Morongo Basin Tennis Association (MBTA) offering low cost lessons and programs for youth and adult players. The program is thriving today and it continues the mission of bringing tennis to the desert community. (See more about the Morongo Basin Tennis Association LINK)

“Gideon was someone with a strong tennis vision who overcame all obstacles,” said Linda Milan, the Executive Director of the SCTA Foundation. “He built a program we are proud to support today. His dream is still a reality.”

In 1983, Smith kicked off civilian life by starting a training company in Anaheim, CA, to help people build leadership skills. He combined his passion for helping others and his military experience of positive thinking, discipline and a strong work ethic. He believed anything was possible if you set goals and worked hard to achieve them.

“There was a tennis draught in the desert and no opportunities for children,” said Smith’s granddaughter, Jessica Robinson. “He saw an opportunity to start something and he made it happen. Soon there were lessons, camps and community events. He was the driving force.”

Smith realized tennis was a game that could be played at any age. He created a low cost 12-week program at Jacobs Park for kids ages 8-18 that met two hours on Saturdays. However, he needed rackets, balls and coaches to start the program. He turned to local volunteers and USTA Southern California for help. 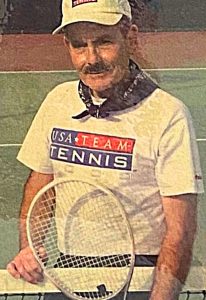 The personal touch really matters,” said Gideon Smith in a 2003 newspaper interview. “When you’re looking someone in the eyes and telling them that these kids need something healthy to do it’s pretty hard to for them to say no.”

Thanks to Smith, equipment and financial needs were met, and the MBTA grew to a staff of 21 volunteers and 89 kids.  They participated in USTA leagues, Junior Team Tennis and tournaments. Eventually Gideon’s dream opened the pathway to creating high school boys’ and girls’ tennis teams to service kids from the Yucca Valley, Morongo Basin and 29 Palms.

“Gideon really made a difference because he was a true mentor,” said Melanie Bischoff, a former SCTA Director of Community Tennis. “He had creative ideas when he was part of the community advocacy committee.  He put a lot of time and energy into guiding young students, especially those that were having troubles. He had boundless energy and did fundraisers to support tennis for kids. We also had long conversations about life. I probably learned more from him than he did from me.”

While hosting summer camps in Yucca Valley, Smith talked to kids about their hopes and dreams. His Marine Corps work ethic, leadership skills and training heavily influenced his desire to once again create opportunities for children.  He started a program called Winning in Tennis, Leadership and Life. It included goal setting, planning and public speaking. He incorporated it into his Saturday classes, which transitioned to one hour of tennis and one hour of participation in his Winning program. 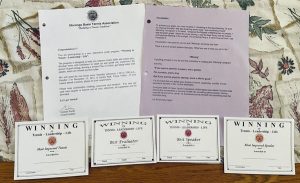 “Through his generosity and love of tennis he brought forth a wonderful program to the Morongo Basin,” said Linda Higginson, the current President of the Morongo Basin Tennis Association. “Thanks to Gideon’s influence, he also started a high school boys program and secured its funding for 10 years all on his own. A few years ago, the schools finally took over but this would never have happened without Gideon.”

Former student Amanda Sears was a member of the MBTA tennis and Winning program. She became a proficient player and later a seasonal tennis coach as a 15-year-old student-athlete. Gideon Smith was her mentor.

“I can’t count how many conversations I’ve had with him over the years about the importance of gratitude and in believing that each person is capable of spreading good in the world,” Sears said. “Those conversations re-wired my thinking and I absolutely credit Gideon with helping me become the person I am today.”

Smith shared his gratitude and appreciation of life with all who knew him.

“At age 15 I thought he was crazy for getting up early to watch the sunrise and listen to the birds. But what teenager wouldn’t think that,” Sears said. “It wasn’t until told me, ‘I do that to take in the fact that I get to wake up to see the sun rise, and to be able to start a new day full of new opportunity. Yesterday is done, we’re blessed with today.’ That conversation stuck with teenage me, though, and now I do the same simply because of the perspective he added to the action. It was obvious how much he loved his life and how much of a positive impact he had on everyone who crossed his path.”

Former Morongo Basin Tennis Association parent Bill Green met Smith through the tennis and  Winning program. “Gideon taught my daughter, Niki, everything he knew about Winning, Tennis, Leadership and Life over many years. But Gideon knew he was also teaching me as well. Niki became an awesome tennis player and went on to play tennis in college, but more importantly she went on to coach and mentor kids in tennis.”

Green later became one of Smith’s assistant coaches in youth tennis, and later at Yucca Valley High School. Green said:  “Gideon was the hardest working servant I have ever known. He was honest, wholesome and a great communicator.”

Smith’s positive attitude and mindset was impressive in the face of much adversity. While in the military, he was exposed to Agent Orange, an herbicide that contained a toxic chemical called dioxin. It created long-term health problems for veterans including many different types of cancer.  Smith personally battled several health challenges including leukemia and prostate cancers- and survived them without undergoing traditional chemotherapy.

“In 2014 Papa was diagnosed with prostate cancer and given only months to live,” Robinson said.  “He made dietary changes, added supplements and totally changed the way he lived his life. He refused to die because his work was not done. His positive attitude and determination gave him an extra eight years of life.”

Smith wrote two books called “Gideon’s Tales “Memories of a Boy Growing Up on a Texas Farm” and “Winning the Journey with Agent Orange Cancer.”  He also left behind additional manuscripts the family will always treasure.

The “Pied Piper of the High Desert” has left a legion of followers who will continue to carry on his mission of touching lives for good though the sport of tennis.

“Gideon was in fact a literal drop of sunshine on this earth who never hesitated to share his light,” Sears said. “He will be greatly missed but he absolutely lives on in all of us.”

ABOUT THE SOUTHERN CALIFORNIA TENNIS ASSOCIATION FOUNDATION
Our mission of “Changing Lives and Communities through Tennis,” serves as a pathway to offer financial support to individuals and organizations. We are a 501©3 nonprofit organization and the charitable arm of USTA Southern California. We help people of all ages and abilities to improve their tennis health, tennis fitness and quality of life through the sport of tennis. Founded in 1986, the SCTA Foundation has had a community impact of giving more than $500,000 this year through tennis grants, tennis scholarships, tennis program support, tennis equipment and more to recipients throughout Southern California. To learn more about the SCTA Foundation, please visit sctafoundation.org. To donate CLICK HERE